Heading (or yaw) (in Heading, pitch and roll angles) is the rotation around VERTICAL axis. Which is Y-positive (or 0,1,0) in default OpenGL. 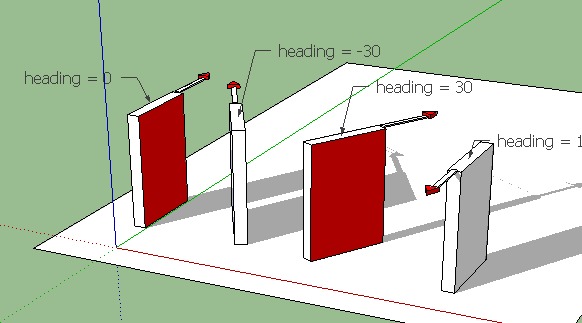 When pitch is -90 or 90 degress, the heading and roll is pretty much the same thing - it doesn't matter whether human looking exactly up is rotating only his head around the center of his eyes (roll) or he is rotating with all his body around vertical axis (heading).